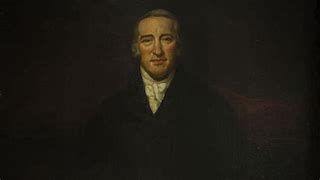 [‘encouragement’, ‘exhortation’, for life and ministry]

Very early soon after I was converted, I began to read Christian biographies. It was so interesting, informative, encouraging and challenging to learn from other believers. Reading biographies of ministers and missionaries also enriched and expanded my ideas about gospel ministry.

I also loved discovering how Christians in other ages and other cultures have interpreted and applied the Bible, lived as believers, and done their ministries. For example, Christians in past ages have been much more willing than we are to accept suffering and pain as part of life, part of Christian life, and part of ministry. What a challenge for us! They show us how to accept the bits of the Bible we ignore!

One of the first ministry biographies I read was that of Charles Simeon, minister of Holy Trinity Cambridge for 54 years, from 1782 until his death in 1836.[1] He had an extraordinary ministry, converted many people, raised up and trained many people for gospel ministry, trained generations of preachers, and had a great heart for world mission, helping to found the Church Missionary Society in 1799, and the Mission to the Jews in 1809. It was said of him, ‘As to Simeon, if you knew what his authority and influence were, and how they extended from Cambridge to the most remote corners of England, you would allow that his real sway in the church was far greater than that of any Primate’.[2]

Some remarkable features of his life and ministry

He knew nothing of the gospel, but went as a student to King’s College Cambridge, where he was required to receive the Lord’s Supper. Here is his account.

In Passion Week, as I was reading Bishop Wilson on the Lord’s Supper, I met with an expression to this effect — “That the Jews knew what they did, when they transferred their sin to the head of their offering.” The thought came into my mind, What, may I transfer all my guilt to another? Has God provided an Offering for me, that I may lay my sins on His head? Then, God willing, I will not bear them on my own soul one moment longer. Accordingly I sought to lay my sins upon the sacred head of Jesus; and on the Wednesday began to have a hope of mercy; on the Thursday that hope increased; on the Friday and Saturday it became more strong; and on the Sunday morning, Easter-day, April 4, I awoke early with those words upon my heart and lips, ‘Jesus Christ is risen to-day! Hallelujah! Hallelujah!’ From that hour peace flowed in rich abundance into my soul; and at the Lord’s Table in our Chapel I had the sweetest access to God through my blessed Saviour.[3]

He did not meet any other evangelical Christians until 3 years after his conversion!

The strong opposition he faced in his ministry as Vicar of Holy Trinity Cambridge.

The Bishop appointed him, but the parishioners did not want him. They refused to go to church, and locked their pews so that no one else could sit in them. People who did want to hear Simeon preach had to stand in the aisles. He was despised by the academics at Cambridge university, and students used to disrupt his services. Yet he stayed for 54 years, and gradually the opposition ceased and the ministry flourished.

His great commitment to preaching the Bible with passion and personal application.

Once his text was ‘Will a man rob God? Yet you rob me’ [Malachi 3:8]. He began his sermon, ‘You have all robbed him! You! And You! And You!’[4] Yet he was also a careful exegete: ‘My endeavour is to bring out of Scripture what is there, and not to thrust in what I think might be there’.[5] He thought carefully about the structure of sermons, and each year trained students in the art of preaching. In an age when most clergy read other people’s published sermons, Simeon taught people how to preach. He published his Horae Homileticae, containing 2536 sermon outlines [‘skeletons’] from every book of the Bible, to encourage preachers in the task of expounding the Scriptures by giving them examples to follow.[6]

[Samuel Marsden, influenced by Simeon, brought these to Australia, and used them. One of his contemporaries criticised him in these words, ‘he uniformly serves us one of Simeon’s skeletons with very little lean flesh on it.’[7]]

His extended time of daily prayer and meditation on the Scriptures.

His habit was to rise at 4:00am, and spend 4 hours in prayer and meditation on the Bible.[8] He was a bachelor, with no family responsibilities, and lived in King’s College with all meals provided. Even so, it is still a challenging example. His focus on personal prayer was matched by his delight in prayers in church services: ‘all the preaching in the universe will be of no use without prayer’.[9]

His regular informal meetings with his parishioners to exhort them, answer their questions, and pray with them, and training up lay people to do this vital one-to-one ministry.

He knew that people who heard his sermons needed more personal and interactive attention in order to grow in Christian maturity and understanding. So he rented a room for a mid-week meeting to enable this to happen. This was later divided into six meetings, with trained lay people leading them.[10] He also developed a team of 30 men and women to do District Visiting, with assigned areas of parish to care for. He knew that pulpit ministry was not enough. People needed personal attention, care, encouragement, and challenge in their own homes.[11] This complemented his preaching ministry.

His weekly meetings with students to discuss Christian life and ministry, to train them, and to raise up gospel workers for England and overseas.

Each week he held a ‘Conversation Party’ where he answered theological, Biblical and practical questions.[12] And each week he ran his training sessions for future ministers, which included pastoral advice and training in preaching.[13] His aim was to help to raise up and train gospel workers for the Church of England, and also for missionary service overseas, especially in India.

Despite his difficult personality, impatience, affectation, lack of people-smarts, and constant persecution, during his life-time of ministry he learnt to love people.

In the words of one of his contemporaries, ‘His whole life was but one long labour of love – a labour often obscure, often misapplied, often unsuccessful, but never intermitted, and at last triumphant.’[14]

As Simeon advised one minister, ‘It is not by coarseness of expression or severity of manner that we are to win souls, but by ‘speaking the truth in love’.[15]

If you would like to read more on Simeon, here is a link to John Piper’s message about him.

With warmest good wishes and prayers.